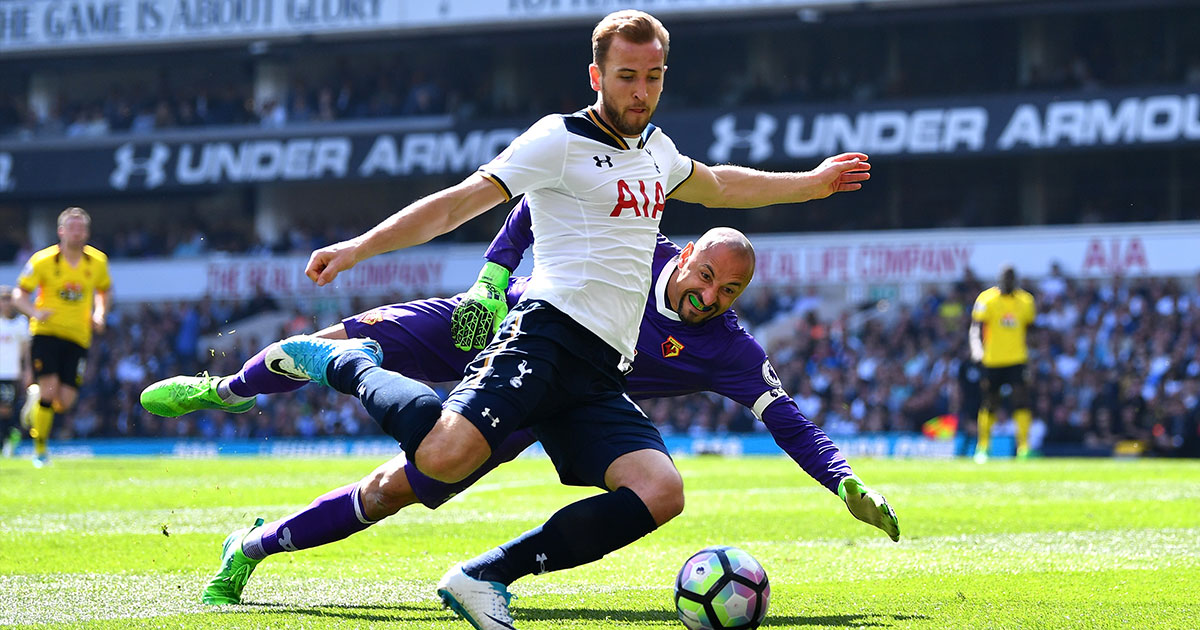 Making his first start in a month, Kane looked anything but rusty against Bournemouth. He set up Heung-Min Son’s goal and then added one of his own. Romelu Lukaku better watch out – Harry’s now only 4 behind him in the scoring charts.

After another playmaking masterclass against Southampton, De Bruyne now has the most assists in the Premier League this season. Playing on the quick counter-attack, Pep Guardiola is really getting the best out of the Belgian in 2017.

The Austrian forward is full of potential but he is yet to find consistent goalscoring form in the Premier League. Against Hull City, Arnautović scored a cracker early on and then created Xherdan Shaqiri’s third. Could this be the start of big things?

The injury-hit defender made only his eighth appearance of the season against Southampton. It really didn’t show. With Kompany back in defence, even Claudio Bravo and Nicolas Otamendi looked solid. A goal and a cleansheet – a leader’s performance indeed.

Capoue has had an excellent second season for The Hornets in a more attacking midfield role. His winner against Swansea City was only his second league goal since his great scoring streak back in August.

When Harry Kane got injured, Spurs fans feared the worst. But with the pressure on, Son has scored five crucial goals in his last four Premier League games. Kane has now returned but the South Korean has done too much to be dropped.

The Swiss winger doesn’t score as many goals as he should but when he does score, they tend to be wonder goals. His strike against Hull City was certainly no exception. In a stop-start season, Shaqiri seems to be finding form at last, contributing both goals and assists.

The Brazilian stopper now has three cleansheets in his last four matches. Against Swansea City, Gomes made two good saves to deny Gylfi Sigurdsson and seal another victory.

Harry Kane and Dele Alli might get most of the praise at Spurs but Dembélé is their midfield maestro. Renowned for his strength and dribbling skills, the Belgian can also strike a ball beautifully. So surprisingly, his goal against Bournemouth was only his first of the season.

The French midfielder has played a key role in Palace’s recent resurgence under Sam Allardyce. His neat finish against Leicester City helped put his side right back in the game.

After a strong performance against Swansea, Byram won’t be so happy with his display against Sunderland. He looked vulnerable all game against Wahbi Khazri and, later, Fabio Borini. Then in the last minute, Byram picked up his second yellow card for an early bath.

The highly-rated Portuguese right-back had a game to forget against Manchester City. The counterattacking threat of Kevin De Bruyne, Sergio Agüero, David Silva and Leroy Sane was too much for the Saints defence to deal with. Cedric was certainly at fault for Agüero’s late header to make it 3-0.

This has arguably been Cahill’s best-ever season but the speed of Manchester United’s Marcus Rashford and Jesse Lingard caused him problems. Cahill was booked for a clumsy foul on Marouane Fellaini and United scored from the resulting free-kick.

Mee and Michael Keane have formed a brilliant defensive partnership this season, but not against Everton. Ross Barkley’s shot deflected off both of them but it was Mee’s own goal. A few minutes later, Romelu Lukaku proved too hot to handle.

When Liverpool’s Brazilian duo Roberto Firmino and Philippe Coutinho are in form, opponents best beware. It certainly wasn’t Evans’ most comfortable performance for The Baggies. He picked up his second yellow card in two games for a foul on Coutinho.

The right-back just couldn’t handle the speed, skill and movement of Tottenham’s attackers. Heung-Min Son and Christian Eriksen in particular will be giving Smith nightmares for weeks.

Leicester City squandered a 2-0 lead away at Crystal Palace. Both Palace goals came from the left, with first Jeffrey Schlupp and then Andros Townsend beating Simpson to put the ball in the box. After last season’s glory, the right-back has found this campaign much tougher.

Costa is really struggling for form at the moment. He has only scored three Premier League goals in 2017 and Manchester United’s Eric Bailly and Marcos Rojo were able to keep him very quiet. Costa’s frustration got the better of him when he got another yellow card for a foul on Paul Pogba.

Bournemouth just can’t stop conceding goals this season. It’s not all Cook’s fault but against Tottenham, he got completely outpaced for Heung-Min Son’s goal. Eddie Howe must be looking to improve his defence over the summer.

Zlatan must have been annoyed not to start in his team’s victory over Chelsea. He confirmed that by getting booked within his ten minutes on the field. It was his only real contribution to the match.